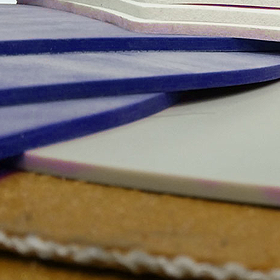 Special design processes are used to bolster gaskets when they’re intended for outdoor applications. Primarily, the seal must be weather resistant so that it doesn’t deteriorate and facilitate a leak when the weather takes a turn for the worse. Of course, inclement weather isn’t the only problem, for even the sun can damage a less-than-proficient rubber product. True weather resistance, therefore, also involves UV resistance. Thankfully, gasket rubber materials recruit these features and others when the application involves exposure to the elements.

The climate varies dramatically around the globe, and those variations magnify by a factor of four when seasonal changes cycle throughout the year. Frankly, a plain rubber gasket would crack when the winter chill hits home, or it would lose structural integrity when acid-rich rain dripped between the pipes. A temperate climate wouldn’t help because UV radiation would be working away at the pliable polymer, bathing it in harmful light until its operational lifespan was severely curtailed.

Polyurethane is gifted with weatherized attributes. In fact, the material is commonly used in the sealing industry due to its ability to remain stable during intense temperature swings. During analysis, a polyurethane-strengthened gasket was seen to perform optimally between -30°C and 110°C, a spread that accounts for the majority of outdoor scenarios. Additionally, polyurethane seals are relatively stable when exposed to UV (Ultraviolet) radiation. Chemical stabilizers improve UV resistance. Similarly, the following synthetic rubbers also exhibit fine weather resistance features:

The direct effects of the sun on a substandard rubber gasket can be described as aging, but secondary fatigue agents are also on hand. In the case of UV radiation, there’s also ozone, a gaseous discharge that’s produced when ultraviolet radiation passes through the atmosphere. Next, abrasion resistance is a desirable property in all of these gaskets, for a strong wind can blast quartz-sharp sand and other particulate matter until the rubber becomes frayed at the edges.

All of these polymers possess varying levels of temperature and UV resistance, plus some formulations are particularly adept when the environment includes an abrasive influence. Finally, all of the gasket rubber materials can be further compounded and tailored to highlight a particular weather-fighting property, be it temperature management or an enhanced aptitude for resisting the aging effects of UV radiation and ozone.